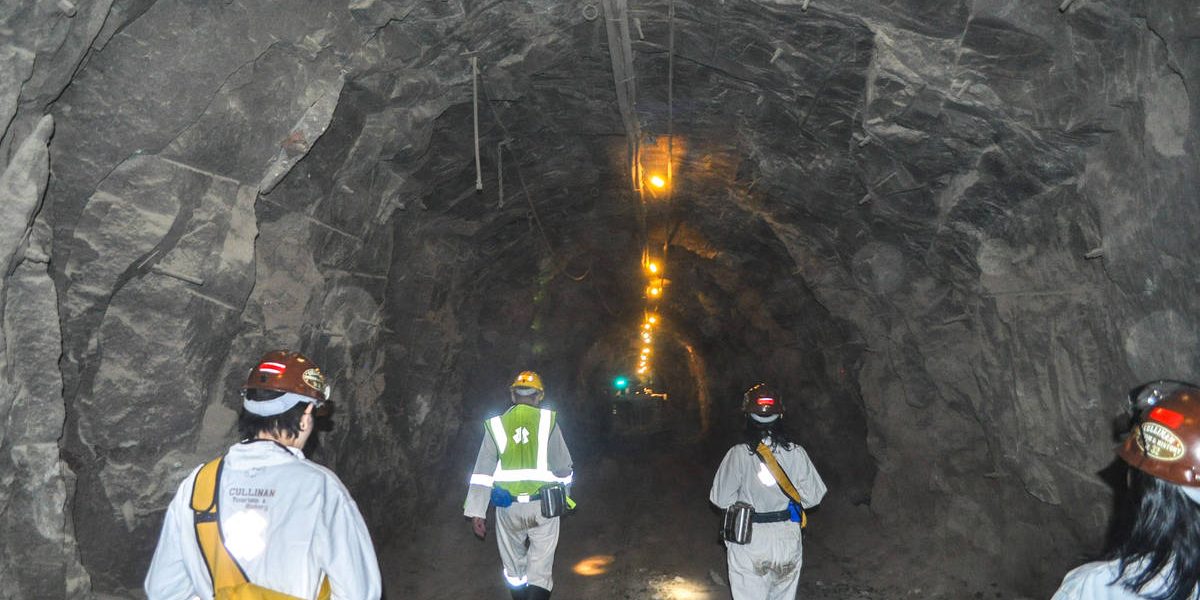 Cullinan Diamond Mine in Pretoria

Cullinan Diamond Mine Tour departs from Johannesburg and Pretoria hotels

Cullinan is a small town east of Pretoria along the diamond route that is heavily reliant on tourism and the mine that dominates the skyline.

The town is named after Thomas Cullinan. Operators offer tours around the Cullinan, tourists can choose between tours around town within the mining area and even underground mining tours.

The mine forms the main source of income. The Cullinan forms part of the Tshwane Metropolitan Municipality.

Cullinan mine is one of the world’s most celebrated diamond mine and one of the major sources of the blue diamonds in the world. It is the third richest mine in the country.

The mine is owned by Petra Diamonds in the town of Cullinan which is 40kilometers East of Pretoria in Gauteng province.

The mine was established in 1902. The mine was called Premier Mine in 1902 and it was renamed Cullinan Diamonds Mine in November 2003.

The length of the big hole is 1000meters and breadth is 4000meters at 500meters level below ground it narrows down to 21ha and the depth of the mine is 190meters from the surface.

The mine is famous for its large, high-quality gem diamonds including Type II stones.

The Cullinan Diamond was the largest gem rough diamond ever found weighing 621.35g, it was discovered at the Premier mine in Cullinan, South Africa on the 25th of January 1905.

The diamond was recovered by Frederick George Stanley Wells, surface manager of the Premier Diamond Mining Company and it was named after Thomas Cullinan the mine’s chairman.

Petra Diamonds the owner of the mine purchased a 37% stake in the mine from De Beers in 2008 who was the previous owner of the mine. The company then increased this to 74% in 2009 by purchasing Al Rajhi’s shares.

The Surface Tour offered at the Cullinan Mine by Africa Moja Tours departs from Johannesburg or Pretoria hotels or accommodation. These tour comprises travelling to where the diamond is located on the outskirts of Pretoria City which also happens to be the administrative Capital of South Africa. The union buildings which houses the office of the President is located in Pretoria.

On the surface Cullinan Mine tour, the tourists embark on a guided tour with the history of the mining process being explained. The tourists are able to see the rocks brought to surface on conveyor belts and also the tour guide gets to explain the process of separating the rocks from the actual diamond. We will also get to understand the various processes that happen from the time the miners go underground on a shift system and why it is important for them to wear the protective gear at all times.