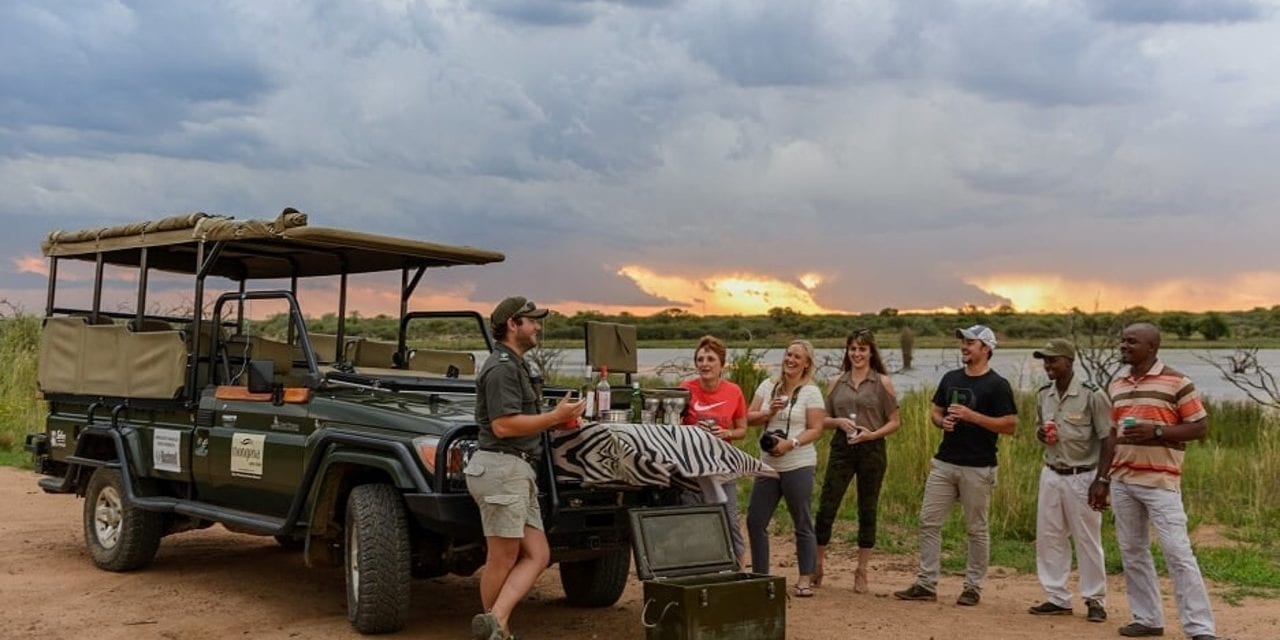 It is about an hour’s drive from OR Tambo International Airport. The game reserve is the only wildlife reserve in the Gauteng Province that offers Big Five game free walks and it also gives visitors a great opportunity to tour the place.

The Dinokeng Reserve is also close to a mining diamond town called the Cullinan and the Roodeplaat Dam Nature Reserve.

It is not only famous for the Big Five but there are other animals such as hyenas and cheetahs that can also be spotted in the area making it one of the hotspots of tourism in Gauteng.

The reserve roughly covers an area of about 19,000 hectares. Dinokeng is a word derived from the Batswana and based people who traditionally resided in that area, which when translated is ‘place of rivers.

The reserve is named for the many rivers that flow through it on their way to connect with the Limpopo and Orange rivers. The Game Reserve was officially opened in 2011, September 22, after they introduced the four of the Big Five, the Buffalo was only introduced in late 2012.

In 2018 the herd of Black Rhino was also introduced into the game reserve making it a complete genuine Big Five Reserve. The rain experienced in the area is that of a thunderstorm form, it may range from 350mm to 750mm per season and it usually occurs in summer which is from December to February.

Mild temperatures are experienced during winter (May to August), it can get cold in the morning and evening and sometimes temperatures may drop to 0. Year temperatures vary from 0 to 40 degrees with a daily average of 21 degrees. The Dinokeng Game Reserve is Malaria-Free.

Due to many rivers and wetlands, the place has also a lot of birdlife.  There are a variety of birds which include ostriches, herons, turacos, plovers, weavers, jacanas, kingfishers, thrushes, Bulbuls.

The Big Five animals at the Dinokeng are:

If you feel like you want to pitch your own tent or bring your own caravan, Dinokeng is the right place for you. The Game Reserve also has a number of licensed restaurants with different kinds of menus which cater for all needs.

Amongst all lodges, restaurants and activities there is an outstanding luxurious lodge namely the Mongena Private Game Lodge. The lodge offers luxury, fully inclusive accommodation.

The main lodge’s 24 air-conditioned en suite rooms are positioned in beautiful indigenous landscaped gardens. As for the room facilities, there is everything one would expect from a luxury lodge. The game lodge also has a wheelchair friendly twin room.

Facilities at the lodge include a bar, swimming pool, and a restaurant. If you are lucky you can get to spot zebras, impalas or springboks on the lawn of the lodge.

The Dinokeng reserve does not only has the Mongena lodge as the best lodge, but it also has other lodges that range from 3 stars to 5 stars and these include Kwalata Game Lodge, Tamboti Bush Lodge, The LookOut Safari Lodge, Ouklip Game Lodge, and many other different lodges.

Activities offered at the Dinokeng include:

For guests who prefer doing things at their own pace there are self-drive routes available for them. Cars that are used for these drives can be both high clearance vehicles and sedans and they are provided by the game reserve. These cars are used because they minimize damage and erosion of the soil.

There is a limited number of cars allowed per day on these routes to avoid congestion. Permits to use the routes are purchased at the gates of the game reserve or at any selected lodges.

The handy maps that come with permits have numbered reference points and places to stop for breaks, meals or picnics and also to give visitors directions along the route.

The Dinokeng’s Visitor’s Guide is also available, which is a booklet that is specifically designed to inform visitors of what can be seen and that helps to keep children interested as they identify different kind of animals, birds, and plants along the route.

Guided tours are also available for those that enjoy an interpretive game drive and are done by qualified guides. Guided game drives are done in an open safari vehicle and there is a limit of 10persons per vehicle.

The game drive lasts for about 3 to 4 hours. Hunting for the Big Five is a bit of a challenge and one cannot expect to find them all in one day, but they are around in small numbers.

The Big Five, only elephants, and buffalo may be found in large groups because they have a tendency to form herds. Besides hunting for the Big Five, there is also an impressive variety of other large animals to be spotted such as warthog, zebra, impala, kudu, eland, and giraffe.

These animals can be found at any time of the year and they can provide fascinating sightings. There are three different picnics sites situated along the routes and these can be used by those using the self-drive route.

The picnic sites are built and maintained by private landowners who charges no levy on them but expect visitors to leave them in a good condition for the next person to use. Braai stands, drinking water and clean toilets are provided in the sites.

Visitors are allowed to use their own facilities at their own risk. Picnics sites are not fenced so as to allow a closer bush encounter. 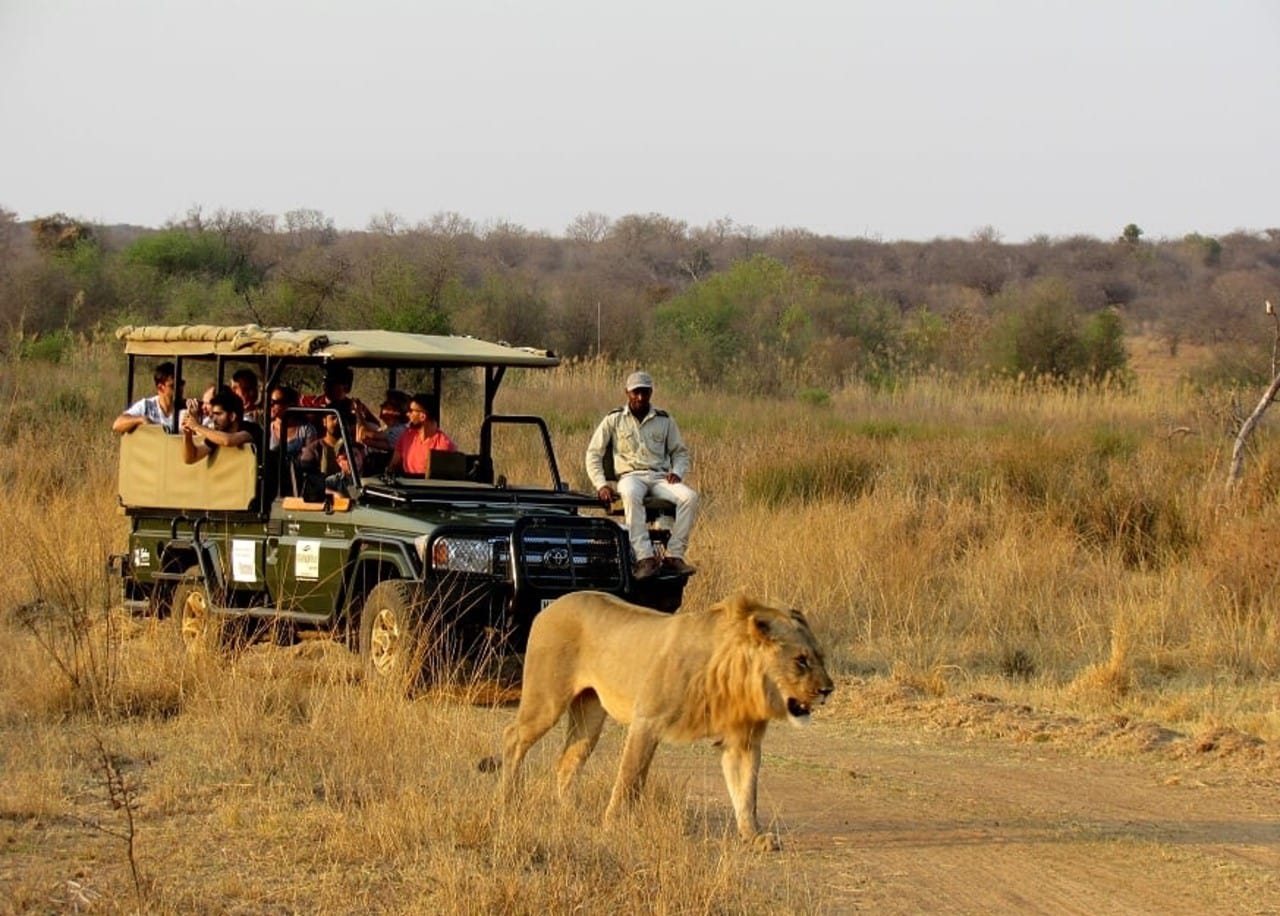 There is a picnic site called Bayethe which essentially means “Salute the King” but the name was also used as the opening song of the movie Shaka Zulu. Bayethe is located close to Elephant water hole and close to Ouklip Game Lodge and it is set on a hill with a nice view across the valley.

In this picnic site, you will find a thatched shelter, braai facilities with two tables and bunks that can accommodate 16people. There are flushing toilets for the convenience of visitors. The water on the site is not suitable for drinking.

Dula Nokeng is another picnic site that is in the reserve. Dula Nokeng means ‘sitting by the water”. It is located close to the Fischer dam and in the shade of the local bush. The site is close to the main road of the reserve known as the Rust De Winter Rd.

It offers good facilities that include braai stands, fresh water to drink, clean toilets. These facilities cater for small and larger groups of people. However, the guests need to bring their own tables and chairs for the site. The attraction to this site is the Fisher Dam which is a short drive down from the picnic site and it is the habitat of a variety of birdlife.

Another picnic site is Veldjierondom which is set in an open veld and located in South East of the Game Reserve. The site offers fresh water for drinking, clean toilets, sheltered tables, and chairs, washing up facilities and braai places.

The site also has play facilities for children where they can get up some exercise after being cooped up in the car for so many hours.

The Game reserve does not only have the picnic facilities, but it also has a Bird Hide named the MarSu Lambert Bird Hide. The name was derived from the letters of the names of the two landowner families that were involved in the development of the hide.

It is located in the eastern part of the Game Reserve but easy to get to. It is not far from the Arlington Brewery where refreshments are available. There are no toilets facilities in this place. The Bird hide place is a place where you can get peace and quiet moments while observing nature.

Hot air ballooning is one of the greatest activities offered in the Game Reserve. It allows you to take a hot air balloon safari over the Dinokeng Game Reserve. The pilots and flight operators are well experienced and trained to ensure your safety.

The hot air ballooning has been there for about five years. There are a number of take-off sites but the most recommended site is the one at the Rust De Winter dam which gives you an extra 20minutes drive from the N1 highway off-ramp opposite Hammanskraal.

Getting married in the bush is one of the most amazing experience, the game reserve offers well-managed venues for your wedding. The venues offer different options and experiences in understanding your needs and how you want your wedding to look like, with the help of the Dinokeng team.

There are five different venues where you can conduct your wedding and they can cater for groups from 125 to 250 wedding guests.

The gates of the Game Reserve are open from 06:00am – 18:00pm and the entrance gate will close for the last vehicle to enter at around 15:00pm to ensure that one is able to complete the route before it closes.

The fees are regulated by the Dinokeng Management Association. There is a once-off entry fee that is applicable to all guests visiting the Reserve with a stay of 1 hour up to 30 days and is payable upon exit of the Game reserve.

The shuttle services have a wide range of transportation options and they include luxury and standard sedan, minibus, coach and limousine for individuals and they can take you where you want to be at a specified time.

The shuttle services are suitable for everyone, individuals, couples, small and large groups of people of any size. The Dinokeng shuttle service provides you with a smart and professional chauffeur driven car as well as airport transfer, the service is reliable, efficient and convenient.

The Dinokeng Big Five Game Reserve is a unique concept where the private landowners agreed with their land to be used as a game reserve. The landowners still retain their land ownership and they continue to benefit from developing their own tourism facilities and services.

Most of the picnic sites in the game reserve, the land is owned by these landowners.

Dinokeng Game Reserve makes travel more than enjoyment but to integrate learning and promote attitude and behavioral change. Dinokeng is also one of the most popular tourist destinations in Gauteng as it offers natural, historical and cultural sites for the visitors.

If you are a bush lover Dinokeng is the best place for you and it is conveniently located.