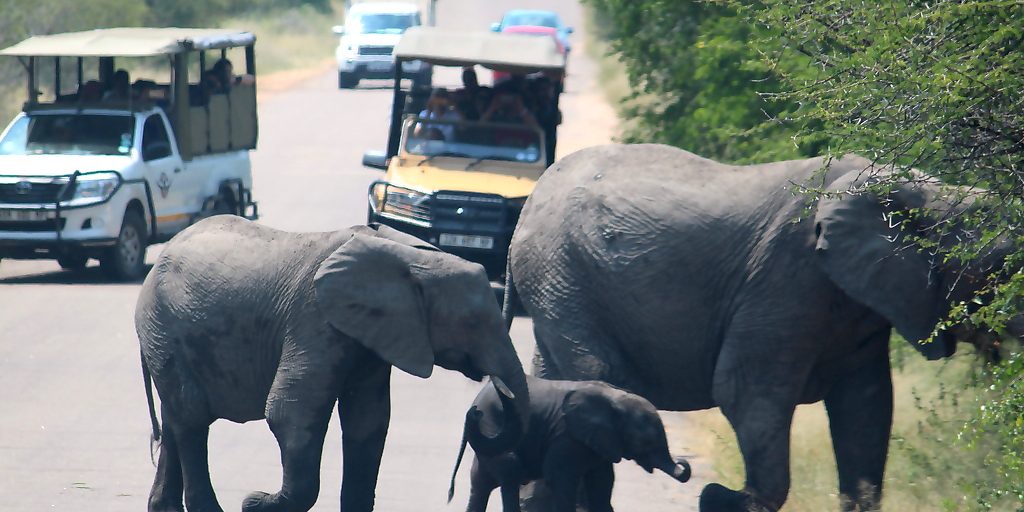 Kruger National Park is one of the world’s extravagant and most famous wildlife sanctuaries found in southern Africa. Kruger National was established in 1926 making it the first national park in the world.

It is located in northeastern South Africa in the provinces of Limpopo and Mpumalanga a place of utter amazement with breathtaking views. 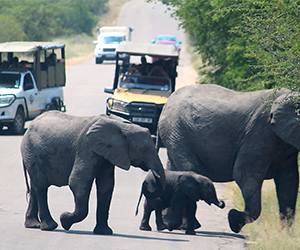 Kruger National Park does not only exhibits the famous big five but also filled with so many other species such as giraffes, certainly the most graceful of all the bush animals, herds of buffalos, a galore of elephants.

Kruger also exhibits a tan of different types of antelopes that will make your head spiral, hefty crocodiles sunbathing on the sandbanks, hyenas scrounging by, and sometimes you can score and get to see wild dogs on the lurk.

Kruger National Park has so much to offer to the eye partaking over thousands of wildebeest, thousands kudu, thousands warthog everybody’s rough diamond, tens of thousands zebras, thousands leopards hundreds of cheetahs, A Zambesi shark, Carcharhinus leucas, otherwise called the bull shark, was gotten at the juncture of the Limpopo and Luvuvhu Streams on July 1950.

Zambezi sharks endure crisp water and can go far up streams like the Limpopo and so many other wild animals. 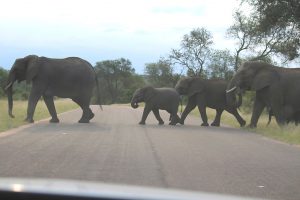 Kruger National Park luxuriates in a subtropical climate, the rainy periods are from September to May and the summer days are sweltering and damp. The ideal time to explore Kruger is during the dry winter period as the days are milder and there is a slighter chance of contracting malaria.

Viewing the untamed life at Kruger is all the more compensating as the vegetation is scantier and creatures are attracted to the waterholes to drink each morning and night. The more the dry period the greater the desperation of water and food is for the wildlife leading to a more clustering of animals around the available water sources.

This then permits those guests wanting to see natural life collaborating a less demanding time.

Kruger National park is so enormous about 352km from north to south and covering more than 1 Million hectares with 2500km of tar and soil streets.

You will be astounded at how frequently you end up being dealt with to a private locating. Whether you are planning a day Safari or a 5 day, Kruger National Park has the best wildlife nature can offer.

Kruger also exhibits a tan of different types of antelopes that will make your head spiral, hefty crocodiles sunbathing on the sandbanks, hyenas scrounging by, and sometimes you can score and get to see wild dogs on the lurk.

Kruger National Park Safari has various other animals such as caracal, a medium-sized wild feline local to Africa, described by a powerful form, with long canine teeth, a short face and long feathered ears, Kruger also homes the African civet a riveting breed with a solid fur grayish shading with dark spots composed in lines along their bodies, it’s principally nocturnal and spends the day dozing in thick vegetation.

What You Didn’t Know About Kruger National Park

Kruger National Park has the famous African fish eagle a passably hefty eagle. It has uniquely dark, white and brownish feathers. This sublime bird can clutch fish from underneath and it eats it on the ground.

The Black Rhinoceros is also found in Kruger weighs about 1800 and 2000kgs usually depicted as black but actually, it varies from brown to grey. They feed on trees and herbs but during nutritious pressure, they will expand on the grass.

They snatch branches and twigs with their snared upper lip, maneuvered into the mouth, and later sheared off with their molars, and chewed. Mating for these white rhinoceros is non-occasional and peculiar.

Amid romance conduct, the male’s butt females with their horns. Mating can be a significant brutal and extended occasion.

The White Rhinoceros have also seen in Kruger the second-largest warm-blooded creature after the elephant a tremendous 3,600kgs in weight.

The Females are significantly littler yet can even now tip the scales at a great 1700kgs. Their name originates from the Afrikaans word weit which implies wide and alludes to the creature’s gag. White rhinos are otherwise called the square-lipped rhinoceros because of their square upper lip.

Contrasted with dark rhinos, white rhinos have a more extended skull, a less pointedly characterized brow, and a more articulated shoulder bump. They have no hair and two horns.

Rearing females are kept from leaving an overwhelming male’s region, which is checked and watched by its proprietor all the time. Males vying for a female may take part in genuine clash, utilizing their horns and huge size to dispense wounds. One can easily spot this while driving about Kruger.

Kruger National park Safari exhibiting bushes, tall grass and hedges is the perfect home for servals, a rare cat type breed with its spotted coat often mistaken for a young leopard. it is a slim, medium-sized feline.

It has the longest legs and described by a little head, extensive ears, a brilliant yellow to buff coat spotted and striped with dark, and a short, dark-tipped tail. Come down to Kruger and get the rest of it’s owe wonder tale.

Another interesting breed at Kruger is the African Wild Dog. It is an exceptionally social creature, living in packs with independent strength chains of command for males and females.

Extraordinarily, the females, as opposed to the males, disperse from the natal pack once sexually developed, and the youthful are permitted to nourish first on the remains.

The black-backed jackal is yet another carnivorous creature housed in Kruger. It resembles a fox slim built, vast ears, and long legs. It is like the firmly related side-striped jackal and all the more indirectly identified with the brilliant jackal; however, its skull and dentition are more hearty and the incisors significantly more keen.

Another beautiful and stunning creature is the Nyala, a marvelous curled- horned eland. Kruger being open grassland makes it comfortable for the Nyala to live.

It is active in the early mornings and late afternoons hence you can still catch it if your tour timing at Kruger is from noon. Another advantageous character of the Nyala is its shy nature and prefers water holes rather than water spaces making it easier to track them easily at Kruger’s water holes.

Kruger National Park Safari is so massive exhibits many types of antelopes one of them being the Common Reedbuck fundamentally the same as their mountain-meandering relatives, with a couple of slight contrasts between them.

The horns of common reedbucks are cast outwards, bending forward marginally at the tips and develop to be somewhat bigger than mountain reedbucks. They also enjoy watering holes and tall grass making easier to spot at Kruger.