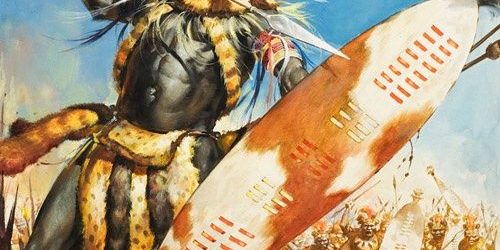 South Africa Languages. The South African Rainbow nation is one that has always shone brightly even with its harsh past.

South Africa is a country that has come a long way from being a country filled with sorrow and segregation to a country known for its inclusive and beautiful homey hospitality.

The South African rainbow nation demonstrates its pride in all its people with 11 official languages from different ethnic groups.

The Zulu language belongs to the biggest ethnic group in South Africa, the Zulu people. With famous icons being that of Shaka Zulu who was the most influential Zulu monarch in history. It is also a widely Spoken Languages of South Africa

The Zulu language originated with its people from the Nguni communities who took part in the migrations. So, when in the midst of Zulu people do not forget to greet with a Sawubona, meaning “We see you”.

Belonging to the Xhosa people who mostly reside in the Eastern Cape province of South Africa, the word Xhosa is derived from the Khoisan language meaning “angry men”.

Derived from the Dutch language, the Afrikaans language was formed during the 17th century by Dutch settlers in the Cape brought by Protestant settlers.

Nothing has ever been as easy as saying hello than saying it in Venda. The word “NDAA” is a common greeting in the Venda language.

Also included as part of the Bantu languages in South Africa the Venda language is commonly spoken in the Northern parts of the Limpopo Province where culture strives off old traditions and customs.

The Ndebele language of South African is as colorful as its people and their houses. This Nguni Bantu language is one that is known for its melodic sound.

Spoken across South Africa the Ndebele language is a strong official language that has its history traced back to its people being an offshoot of the Nguni of KwaZulu Natal hence the similarities with the Zulu language.

Sesotho as spoken by the Basotho people of Lesotho, it is an official language in South Africa and is spoken by approximately 4 million Africans.

The SeSotho language is part of the larger Southern Bantu languages originating from the Niger-Congo language family. Some of their greetings include “Dumelang” and “Dumela”.

XiTsonga is a language spoken by the Tsonga people of South Africa who mainly precede in northern Limpopo, Zimbabwe, and southern Mozambique. Approximately 2.3 million Africans speak this language.

It is characterized by its distinctive clicks within the southern Bantu language family.

Tsonga like all official languages of South Africa speaks on the diversity and the rainbow nation of this beautiful country.

Sepedi is a language spoken by the Bapedi people who are situated in the Limpopo province of South Africa and in some parts of Botswana.

Approximately 4.7 million South Africans speak this language making it the 5th most spoken language in the country.

Some of their greetings include “Thôbêla” and “Helele Hai”, capturing the respect and strong cultural roots associated with this language.

This  Bantu language belonging to the Niger-Congo language family within the Sotho-Tswana branch is widely spoken in South Africa in the northwestern part of the country bordering Botswana which is a big reason for why the majority of Tswana speaking people are from this area.

Closely related to the Zulu, Xhosa, and Ndebele language the Swati language may confuse those who are not familiar with African languages.

However, considered to be amongst the most romantic languages of South Africa, Swati is a gem. Spoken widely eSwatini, this Bantu language of the Nguni group is indigenous to the South African land and contributes to its diversity.

Forming part of the national anthem and used by many South Africans from different ethnic groups speaking different languages as a medium of communication.

Learn about these languages and get to see and learn about their traditions at our Johannesburg tours called the Lesedi Cultural Village Tour.

You can also learn about these languages and cultures on our overland tours the 15 Days Johannesburg, Kruger National Park, and Cape Town Tour or our 10 Days Overland Tour Johannesburg and Cape Town.

The best Day tour to learn about these languages and cultures will be the Cradle of Humankind and Lesedi Cultural Village Tour.

These Johannesburg Tour has all the characteristics of the modern history about humankind’s origin and also takes us on the wonderful Lesedi Cultural Village Tour where the focus of the tour is about the different cultures and traditions in the Rainbow Country of South Africa.