Why you should Visit Soweto 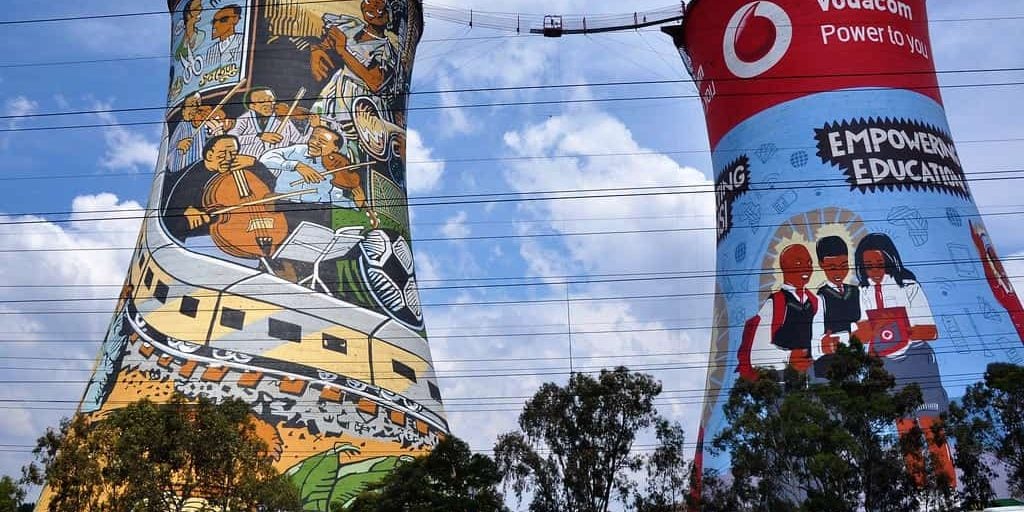 The name Soweto was derived from the word South Western Townships due to the removal of Africans from Brickfields to a place called Klipspruit.

Soweto has become one of the most visited places by tourists from all over the world because of the history and tourist attractions that it possesses. Soweto is a place full of political history, for example, a place where the first black president of South Africa lived with his family from 1946 to 1990 and a place where the 1976 student uprising took place.

Soweto is famous because of its interesting tour sites that people can visit such as the Soweto towers found in Orlando.

These towers have a rich history because before they became a place of entertainment and they were also coal fire power station at some stage but now we find the towers being used for various activities such as bungee jumping, abseiling and SCAD (suspended catch air device) just to name a few.

Visitors can decide to go for paintballing, rock climbing as well as take a lift ride to the viewing platform to see the breath-taking views of the Johannesburg City.

Things you can find in Soweto

We can also find a local and popular Chisa Nyama restaurant located just at the base of the Orlando Towers called Chaf Pozi and a beer garden.

The restaurant is famously known for its flame-grilled meat, but the menu also caters for vegetarians and Halaal guests from all over the country and World.

Another local restaurant that you should consider while visiting Soweto is Sakhumzi Restaurant located along Vilakazi street.

From 1946 to the 1990s, Mandela lived in Orlando West with his family at Vilakazi and Ngakane Streets and the house which he once lived in is now a tourist attraction to people from all over the world called The Mandela House.

The Mandela House contains a lot of memories from the past such as paintings and photographs of Nelson Mandela and his family. In 1962 when Nelson Mandela was arrested, his wife Winnie Madikizela Mandela continued raising their two daughters in the house.

When Nelson was released from jail, he only stayed for 11 days in the Mandela House and moved to another house.

Another place you should consider visiting in Soweto is the Hector Peterson Memorial that was established on Khumalo street not far from Mandela House.

Hector Peterson was shot in 1976 when the peaceful protest for the fall of Afrikaans in Bantu schools turned into a violent event.

Pictures, oral testimonies, audiovisuals, and some historical documents are found in the museum. Today June 16 is celebrated and honored as a public holiday to remember those students who died on the day in 1976 for freedom.